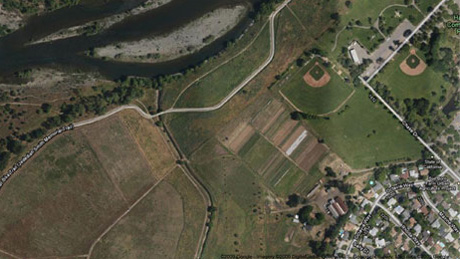 The historic American River Ranch is one of the last working farms on the lower American River and is the permanent home of Soil Born Farms Urban Agriculture and Education Project. Approximately 55 acres in size, the American River Ranch offers a rare combination of resources and activities that help successfully interpret the dynamic interplay between the way food is grown, personal health and the health of the environment. Though completely surrounded by urban development, the farm resides within the beautiful and permanently protected American River Parkway.

Our vision for the ranch as a regional center for food, health and the environment includes a working organic farm, restored riparian habitat, landscaped grounds using native and edible plants, an interpretive center, multipurpose room, barn, farm stand, outdoor classroom and amphitheatre, certified kitchen and native plant nursery run by the Sacramento Chapter of the California Native Plant Society. Through self-exploration, guided tours, classes and events we hope visitors to the ranch will become more empowered and educated about how to live longer and healthier lives while having a lighter impact on the Earth’s precious natural resources. 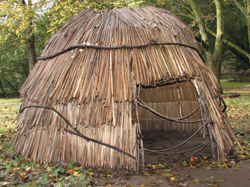 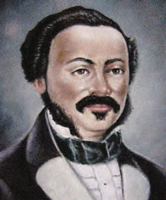 In early California history, the Rancho Rio de los Americanos was a 35,521-acre Mexican land grant given in 1844 by to William Leidesdorff (1810–1850). The grant takes its name from Rio de los Americanos, the name of the American River during the era of Mexican rule. The grant originally extended from east of Sacramento along the south bank of the American River, to the eastern end of present-day Folsom, and included the present-day cities of Rancho Cordova and Folsom. Mr. Leidesdorff was just one of several key figures in early California history to own the property. Upon his death, portions of the property were deeded to Joseph Libby Folsom and then to Charles Nystrom.

The Natomas Company, founded in 1851, was involved in the development of power, irrigation, mining, lumber, and agriculture. In the early 1900s it switched to gold dredging, and by 1910, it owned 30,000 acres of the Leidesdorff land grant. The company continued to operate into the 1960s when its land was slowly converted to residential development. Around the same time, the company cooperated in selling land to Sacramento County Parks and Recreation. Some of this land was dedicated towards the creation of the American River Parkway. Since the County’s acquisition of this land it has been used by several different lease holders and has gone through a series of agricultural uses that included pear orchards, row crops, and hop production. Today, Soil Born Farms leases the land from Sacramento County and tends the 55-acre property focusing on habitat restoration and sustainable organic agriculture.

Scans of grant deeds are provided below so you can see how this property changed hands over time and get a glimpse into the early history of our community.